Atlas Mara (OTCPK: AAMAF) is a micro-cap that trades on the London Stock Exchange with the symbol “ATMA” and was founded by former Barclay’s Capital CEO Bob Diamond. The company is comprised of 3 major investments which include stakes in Union Bank of Nigeria (NSE: UBN), BancABC (BSE: ABC) and Banque Populaire du Rwanda (BPR).

In 2017 Fairfax Africa purchased 70.1 million shares from ATMA at a price 80% below the original IPO. This purchase represented a 42.4% interest in the company that cost Fairfax $155 million while at the same time significantly diluting ATMA’s book value per share (BVPS) from $7.29 in 2016 to $4.77 (Source: Fairfax Africa Annual Reports). Through subsequent investments the total sum of Fairfax Africa’s investment (including common shares and debt/warrants) has now grown to be approximately $192 million which is currently valued at only $153 million on their balance sheet due to ATMA’s recent share price depreciation (Source: Fairfax Africa Annual Reports). 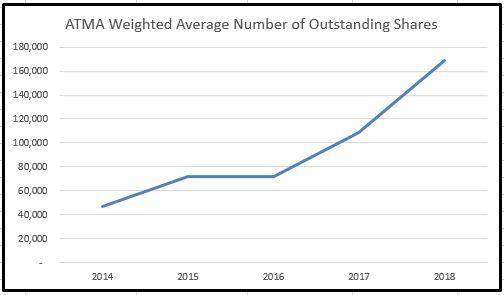 ATMA’s IPO was originally pitched as a similar emerging growth story that you hear for other countries such as how Fairfax India (OTCPK: FFXDF) pitched their investment in the financial institution, IIFL (NSE: IIFL). The anticipated runway for growth for these companies would be driven by the transition of a significant portion of the “unbanked” population to becoming “banked”. This thesis as well as the combination of superior GDP growth over the next 10 years in select African countries (compared to the rest of the world) is believed to provide a healthy tailwind for investor returns in the future. 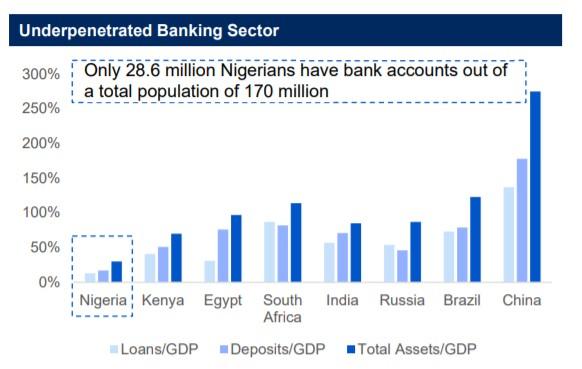 Currently ATMA’s shares are trading down almost 40% below their 52-week high at $1.75 with a price to book value of 0.45. For Fairfax Africa to be successful, ATMA will have to be successful due to the relative size of the investment compared to their overall portfolio. Even with all the perceived risks of investing in a market as volatile as Africa there is some optimism that at today’s stock price, shareholders could see an enormous upside. Much larger competitors such as Standard Bank Group Ltd (OTCPK: SBGOF) and FirstRand (OTCPK: FANDY) are trading at least twice as much as their book value.

ATMA is a classic Fairfax/Prem Watsa investment where the stock has been overlooked by investors due to its relative size compared to its peers, region of operations and geopolitical uncertainty. What an investor has to remember is that every company, good or bad has some sort of intrinsic value attached to it. Some companies turn out to be compounders and some turn out to be cigar butts, but each one is either trading at either a premium or a discount to this value. 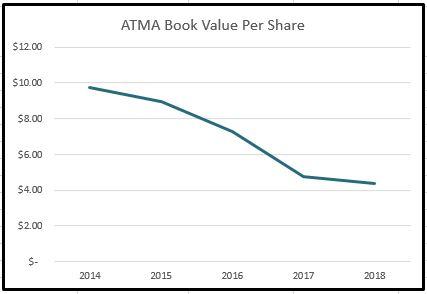 The valuation of an investment is generally defined as the discounted value of the cash that can be taken out of a business during its remaining life. This is our jobs as investors, to research/investigate and develop a thesis that makes an educated guess as to what the value of this discounted cash is based on publicly available information. While there is lots of uncertainty and perceived risks in terms of investing Africa, what we really need to determine is the upside potential versus the downside risk of the stock and how long we are willing to let our thesis play out in order to avoid the opportunity cost of not being invested in something more certain. Uncertainty of the future should not necessarily be associated with risk. It is most important that we are comfortably certain about the downside risk.

At ATMA’s current market cap of $287 million you should expect the company to be able to at least produce cyclically adjusted earnings of $24 million per year based on a modest multiple of 12. Recently their net earnings for the first nine months ending September 30, 2018 were $30.6 million compared to $15.8 million for the previous year. (Source: ATMA Interim Reports). This achievement is well beyond the $24 million that the market is expecting in the stock. Under the assumption ATMA doesn’t lose a lot of money in the 4th quarter and these earnings are sustainable over the long term it is unimaginable why the stock is trading at such a deep discount.

However, immediately thinking this is a significantly underpriced security could be an incorrect assumption. Just like how if an investor made the assumption that a cyclical company growing earnings by 20% per year into the peak part of an economic cycle is undervalued. The value of investment is based on the assumptions you use. In ATMA’s case your earnings estimate is going to include some critical assumptions such as stable currencies, stable governments and further implementation of market friendly regulation. These are things that North American investors generally don’t have to think about. If you make the assumption that Botswana, South Africa and Rwanda’s economies will be stable in the next 10 years and consistently grow at a much greater level greater than it has in the past, you should have good knowledge of the regional politics and where it is heading otherwise you should find a way to hedge your risk. One way to hedge is to invest in a company with a greater margin of safety than you would normally use, for example using a steep discount of price to book.

From a traditional metric like P/B, ATMA is extremely cheap. It is in a fairly conservative financial position. They do not appear to be undercapitalized and are trading at a large discount to book compared to some of its peers. On top of this, a combination of ATMA’s stakes in their publicly listed holdings in UBN and BancABC imply a negative valuation for their business holding BPR (Source: Fairfax Africa Annual Report). This type of situation does not make sense and can likely be attributed to investor’s unwillingness to venture into the African micro-cap market.

Of course, there are still risks that the value of the company’s shares can erode further in the case of more dilution, but with Fairfax Africa now being the largest shareholder, the downside risk should be somewhat less. If you are still concerned about this you can invest indirectly in ATMA through Fairfax Africa which is actually trading at a discount to its own book value.

Fairfax Africa considers their investment in ATMA as long term committed capital. What they hope to see in ATMA is a gradual increase in the book value per share with loans being funded by a growing base of cheap deposits. The business strategy that should push this through should be based one of the three main drivers, gain in market share, growth from the tailwind effects of either a greater portion of the total savings being moved into traditional banking institutions or the growth of the economy in general which would add more savings into the banking system. Given the facts presented I have a lot of confidence that ATMA is worth much closer to its full book value than it is worth less than 50% of its book value. I currently have a small 5% position in Fairfax Africa.

My name is Alex Middleton and I am from Calgary, Alberta.  I believe investing requires one to carefully study publicly available information in an attempt to develop a thesis based on reason and logic.  It also requires one to properly account for the unknown by applying probabilities and margin of safety to their thesis.  I hope you enjoy the content!

Welcome to StockWriteUps.com! My name is Alex Middleton and I am from Calgary, Alberta. I believe investing requires one to carefully study publicly available information in an attempt to develop a thesis based on reason and logic. It also requires one to properly account for the unknown by applying probabilities and margin of safety to their thesis. I hope you enjoy the content!